We found 23 items for the tag: EARTHQUAKE

NASA's InSight robot, which is designed to understand the interior of Mars, has detected a Marsquake that's shattered all records.

A 7.4-magnitude earthquake has struck off the coast of Fukushima, Japan, leaving two million homes without power and four dead.

NEWS
This states largest volcano was shaken up, 33 earthquakes in 24 hours

Officials have recently reported that a volcano in the United States has experienced thirty-three earthquakes in just 24 hours.

A NASA probe that was sent to Mars to observe the planet's geological activity has just recorded one of the biggest Marsquakes.

The largest earthquake in the United States in 50 years just hit, a magnitude 8.2 earthquake south of the Alaska Peninsula.

Hokkaido, Japan has been hit with a large sized earthquake causing Nintendo to delay their Direct livestream.

Kim Jong Un might now have a new bargaining chip against crippling sanctions.

Disaster film being released uncomfortably close to the Nepal disaster.

The best destruction that $100 million can buy.

The 6.4-magnitude earthquake that hit Puerto Rico in the last 24 hours has not registered with the United States Geological Survey, or USGS.

"This world should just be destroyed." 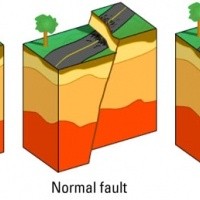 NEWS
Did the Mexican Government know there was going to be a big earthquake on March 20th?

NEWS
Another major earthquake to happen on 22nd March?

Should we be expecting another major earthquake in the coming days?

NEWS
Download Street Fighter IV to Give Aid to Japan

Capcom reports that everyone safe and accounted for in Tokyo and Osaka offices, donates 100 million.