We found 11 items for the tag: DRAKE

Lady Gaga uses her best Poker Face to ask Ninja who he is, should've just asked 'what is Fortnight' instead.

It seems someone has hacked into Drake's personal Fortnite account.

With over 1 billion streams in a week, Drake makes history with Scorpion.

NEWS
'One Dance' - First song to a billion streams on Spotify 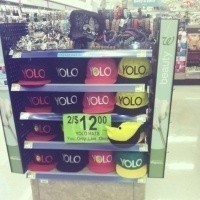 Canadian rapper Drake wants royalties for the use of YOLO on merchandise.

Drake returns for the second time in a year. Too much?