We found 17 items for the tag: DOLBY

Yeah, you might want to buy a Dolby Atmos sound system for Cyberpunk 2077.

NEWS
The Matrix returning to cinemas with Dolby Atmos and Vision

Follow the white rabbit to AMC's Dolby Cinemas across the US with The Matrix.

NEWS
NBC announces it will air Rio Olympics in 4K, HDR and even Dolby Atmos

NBC will air the Rio Olympics not only in 4K, but in HDR and Dolby Atmos.

Offering extra features and grunt over the base-model RIG 500, can the HD offer us the sound quality and brilliant modular design that we're looking for?

With the real-7.1 model falling due to poor bass quality, can the amazing-looking virtual 7.1 Ripjaws SV710 model save G.Skill's headset range?

Soundbars have dramatically increased in popularity recently, can gaming brand Razer stand up to the rest with its Leviathan 5.1 system? Let's see.

Plantronics has stepped up its game since seeing success a few years ago with some older models, but how will this upgraded headset model fare?

Often referred to as the king of the console offerings, how does Astro's high-end A40 compare with the best that the PC market has to offer? 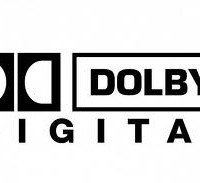 NEWS
Dolby tells us about its audio enhancement tech for mobiles

Dolby Mobile out and in many photos on sale today.

We take a look at Popcorn Hour's latest HD media player or 'Networked Media Tank', the C-200, and find out that it is by far the best we have tested!

Our audiophile James interviews Devon Bergman of Dolby Labs' PC segment to discuss the company's involvement with regard to PC audio.

GUIDES
Making A Sound Decision On The Source

In the second of a two part guide, our audiophile James explains what to look out for when buying a sound card.