We found 29 items for the tag: DISPLAYS

Optoma intros a purpose-built gaming projector to its lineup with the GT1080HDR, and we spend some time checking it out.

LG's upcoming OLED panels will be the first TVs to support both Dolby Atmos and Dolby Vision.

ASUS reveals a curved UWQHD display & 4K-ready USB-Type C display at Computex outfitted with all the latest and greatest features.

iClever now offers a full DisplayLink docking solution, but is the performance enough in this overcrowded market? Let's find out.

LG secures a big contract to mass produce its foldable display tech and lays plans for a widescale launch in 2016.

Disc based 4K Blu-ray is coming, but how successful will it actually be?

NEWS
DisplayLink continues to impress, showing off some great tech at CES

DisplayLink showed off several devices and concepts at CES 2014. 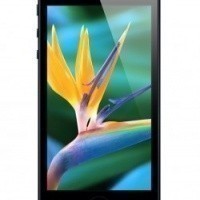 NEWS
Apple may grovel back to Samsung for future display production

Apple may be forced to ask Samsung to produce their displays in the future.

NEWS
Future Samsung smartphones to have flexible displays, could turn your smartphone into a tablet

Samsung's new screens to debut later this year could be foldable, like a book.

Tons of cool displays shown off by Samsung.