We found 8 items for the tag: DISNEY PIXAR

NEWS
Toy Story 4 goes to infinity, and beyond in opening weekend

Toy Story 4 receives its first trailer, teasing the adventures of Woody and Buzz Lightyear once again.

Disney teases that Bo Peep is back in Toy Story 4 which arrives on June 21.

NEWS
Pixar launches the trailer for its latest movie 'Inside Out'

Pixar launches the first full-length trailer to 'Inside Out', it's latest movie.

Pixar announces it is going to make sequels to The Incredibles and Cars, as well as two new 3D re-releases. 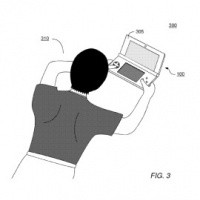 NEWS
RumorTT: Disney working on their own... console?

RumorTT: Disney working on their own console, should we be excited?