AMD unveils an all new Never Settle Forever Holiday Game bundle for its new R7 and R9 lines of GPUs. 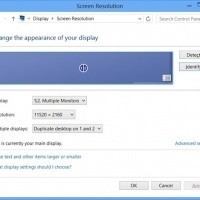 Dirt Showdown announced, is full of extreme events and skids.

Sapphire releases a new HD 6870 with a pretty good looking cooler. How's it go, though? Only one way to find out!

With the release of Dirt3, Sapphire brings out a revamped version of the loved HD 6950.

Codemasters shows it's the master of rally games yet again!