We found 16 items for the tag: DIGITAL CURRENCY

NEWS
Hacker steals $610 million of Ethereum, but then does the unexpected

A hacker has done the absolute unexpected after stealing a ridiculous $610 million in Ethereum under the pseudonym 'Mr. White Hat'

NEWS
You can earn $10,000 finding bugs in Facebook's cryptocurrency 'Libra'

Facebook will be rewarding anyone up to $10,000 to find bugs in their upcoming crytocurrency.

Bitcoin continues past the $4500 mark, with a lot of optimism ahead.

Ethereum difficulty skyrockets once again, will push out many more miners.

Ethereum creator says in a 'couple of years' Ethereum will match Visa's scale.

Ethereum price drops to a two-month low, while difficulty goes through the roof, hitting ALL miners overnight.

Mark Cuban doubted Bitcoin, but is now jumping into the world of ICO with Unikrn.

NEWS
Flexcoin, a Bitcoin-based bank shuts down after $620k in coins stolen

Is the end near for the Bitcoin? Flexcoin closes its doors after $620,000 in Bitcoins get stolen in cyber heist.

NEWS
Google: "we have no current plans regarding Bitcoin"

Google said it has "no current plans regarding Bitcoin"

NEWS
Coinye coins look to be the next Bitcoin, Kanye West's ego swells

NEWS
Bitcoin price stumbles down nearly 30% over the weekend

NEWS
Bitcoin soars past $600, US agencies think twice about its validity

Bitcoin price is up over $600 and is causing some US agencies to reconsider is validity as a new. 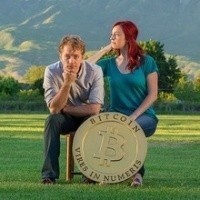 NEWS
Newlyweds to begin 'Life on Bitcoin' documentary, will live on the digital currency exclusively for three months in the US

For three months, a newlywed couple will live exclusively on Bitcoin. 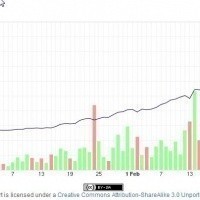 NEWS
Bitcoin's surge past $45 each, a 250 percent gain since January