We found 10 items for the tag: DEUTSCHE TELEKOM

Android equivalent of iMessage on its way to phones, allowing you to text anyone from any device, plus other sweet new features.

Hack-resistant Internet is being worked on with a team up of Deutsche Telekom and RSA. 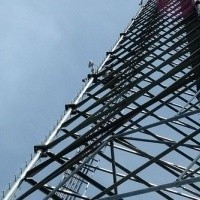 T-Mobile sells the rights to 7,200 of its cell towers for $2.4B, hopefully uses money to fund LTE ro.