We found 9 items for the tag: DEPARTMENT OF JUSTICE

The US Department of Justice has charged two suspected Chinese hackers, alleges they stole American trade secrets and IP.

Facebook was set to roll out their end-to-end encryption plan across all their services, and the DOJ has stopped them in their tracks.

Google insider will blow the lid on political bias in AI platforms with Project Veritas on August 14.

Sen. Markey wants the DOJ to discuss its phone surveillance operation that uses fake-cell towers flown around the country to spy. 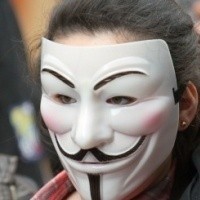 NEWS
Anonymous release 1.7GB belonging to the US Department of Justice

Anonymous drops 1.7GB of Department of Justice data online, after a hack.

Google under scrutiny from DoJ and FTC for ITA bid.