We found 13 items for the tag: DEAD ISLAND

Is Dead Island 2 coming out in 2023? Or will it be pushed back until 2024 or later? Embracer Group delivers a coy answer.

Deep Silver parent company Koch Media is holding its own E3-timed digital stream, and we could see Saints Row V and Dead Island 2.

Gamers somehow got a hold of an early dev build of Yager's Dead island 2 from the 2015 era.

Dead Island 2 might hit at 2021 launch at the earliest.

Dead Island 2 isn't dead, and could release as soon as next year.

Dead Island 2 may actually release in 2019 with a big announcement at E3.

Dead Island 2 is still in development, and Deep Silver is 'excited' about the game's progress. Could we see it at E3 2017?

Dead Island 2 loses its developer, but Deep Silver promises to continue working on the game. 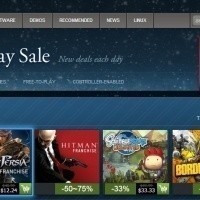 Yet another zombie game? With reservations, we see what it can offer this saturated genre.