We found 3 items for the tag: DAVE

Some big names come together under the name Teenage Time Killer to bring you one rocking album release. 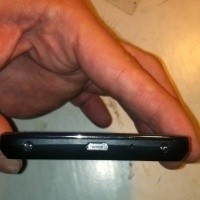