We found 9 items for the tag: CYBORG

Jason Momoa has SEEN the Snyder Cut of Justice League, all the VFX are FINISHED.

A scientist has warned that humanity will hand over their knowledge torch to AI driven cyborgs in the future.

DC's classic superheroes are united for the very first home, but the real villain of the piece turns out to be studio interference.

NEWS
Join 'Justice League' to win a Blu-ray on us!

Take home the superhero action blockbuster on us.

This turkey does no justice to DC's classic superheroes.

WB releases the last trailer to Justice League before it hits theaters on November 17.

The cyborg Olympics, or Cybathlon, will take place in Zurish in October.

How many superhero movies can the film industry sustain? Plenty, apparently! 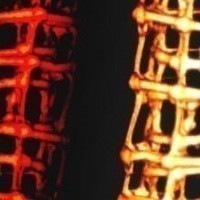 NEWS
Scientists working on cyborgs made from half living cells, half electronics

Scientists closer to making cyborgs, cyborg tissue is half living cells, half electronics.