We found 6 items for the tag: CYANOGEN

NEWS
CyanogenMod is shutting down, will remain open source

The end of CyanogenMod is here, but it will remain open source for those who want it to live on.

Android wins with the new strategic partnership between Cyanogen and Microsoft.

Microsoft is reportedly investing some $70 million into the custom Android OS giant Cyanogen.

NEWS
Cyanogen secures $23 million in funding, this is just the beginning

Cyanogen Inc. secures $23 million through Series B funding, will launch a mass consumer brand and service in late-2014, or early-2015. 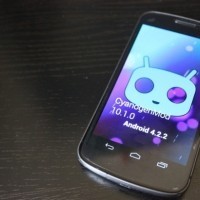 Windows Phone could be a target of CyanogenMod after raising $7 million in venture funding.