We found 154 items for the tag: CROSSFIRE

Rather than make a new game themselves, Amazon is partnering up with Smilegate, the devs behind the world's biggest FPS.

It looks like multi-GPU focus with Radeon isn't a priority, with CrossFire not a 'significant focus' says AMD CEO Lisa Su.

Assassin's Creed: Origins patch has a bunch of fixes, including UltraWide and multi-GPU improvements.

NEWS
CRYENGINE gets multi-GPU support in DX12 in Feb 2017

Crytek announces multi-GPU support under DX12 for CRYENGINE, arrives in an update in February 2017.

Microsoft will soon make it easier for game developers to provide multi-GPU support in DX12 games.

How do two AMD Radeon RX 480 video cards perform in CrossFire? Do they beat the GeForce GTX 1080? Let's find out right now!

The Coalition says Microsoft is working on multi-GPU support for Gears of War: Ultimate Edition.

Microsoft has acknowledged the shortcomings of the Windows Store gaming experience and are working hard to provide fixes for the various issues.

ASK THE EXPERTS
I have 2 x SAPPHIRE R9 270X Vapor-X cards, what should I upgrade to?

What upgrade path is there from a Crossfire setup of 2 x SAPPHIRE R9 270Xs?

We throw two AMD Radeon R9 Fury X and two NVIDIA GeForce GTX Titan X video cards into the ring at 11,520 x 2160 and let them fight to the death.

We take four of AMD's best video cards on the market, specifically Radeon R9 Fury X in 4-way CrossFire, and throw them into a 4K gaming showdown.

We're back with the Fiji Radeon R9 Fury X. We have a second card in our arsenal for CrossFire testing. And boy does the Fury X perform well in CrossFire.

We take on our Maxwell-powered GeForce GTX TItan X and GTX 980s in SLI, versus our SAPPHIRE Radeon R9 290X 8GB Tri-X in Crossfire.

Rumor has it that DirectX 12 will allow for multi-GPU setups between NVIDIA and AMD GPUs.

AMD's latest Catalyst 14.9.1 has been released, includes a fix for Quad GPU systems.

The other day we saw how one Sapphire R9 285 2GB Dual-X video card performed. Today we found out how two of them perform in CrossFire mode. Take a look.

With the help of Sapphire, we have a bit of fun, and throw two R7 260X video cards in CrossFire mode to see what this $250 setup can do. Let's take a look.

We are working our way through some AMD Radeon R9 280 video cards that AMD sent us. Today Shawn checks out the PowerColor version in CrossFire mode.

A $3000 video card setup with a 4K Ultra HD monitor. We do just one thing: benchmark! Follow on as Shawn tests this extreme setup and shows what it can do.

They say it's going to be fast, but there's only one way to find out. Let's test the dual GPU, water cooled beast that is called the Radeon R9 295X2 8GB.

We throw our NVIDIA GeForce GTX 780 SLI setup against our AMD Radeon R9 290X CF setup and see who takes out the power consumption crown.

Sapphire sent over a Radeon R9 290 4GB video card and we paired it with the one we already have to see what CrossFire performance looks like.

We check out one of our favorite R9 270X video cards in CrossFire. Let's see what the Sapphire TOXIC based card can do.

We pair a HIS R9 290X 4GB video card with our reference model and check out CrossFire performance in our full suite of apps and games.

We get a chance to run a pair of new Radeon R9 280X Twin Frozr Gaming video cards from MSI together in CrossFire mode. Let's see how it performs. 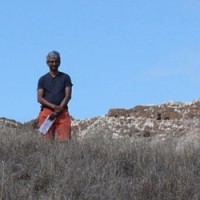 ASK THE EXPERTS
Should I go with SLI or CrossFire with my AMD FX 8320 CPU?

We throw a Radeon HD 7970 GHz Edition in with the new HD 7990 6GB dual-GPU video card and look at CrossFireX gaming performance.

I want to upgrade my GPU setup, but don't know whether to CrossFire what I've got, or buy a new GPU.

Should I go single or dual GPUs for my 120Hz monitor?