We found 5 items for the tag: CRACK

NEWS
Someone has hacked Street Fighter 5 Beta for the PC

A crack has emerged, PC players can now try out the latest Street Fighter 5 Beta. 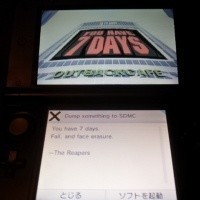 NEWS
Nintendo 3DS gets cracked, homebrew code should be able to be ran in the future, pirated games as well