We found 4 items for the tag: CORE PROCESSOR 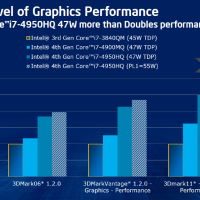 NEWS
Intel lifts their game with their integrated graphics on Haswell

Intel's new on the fourth-generation Core processors gets detailed.