We found 100 items for the tag: CONTROLLER

ASK THE EXPERTS
Why am I experiencing gaming controller input lag on my iBuyPower PC?

Ask the Experts: Chris is experiencing gaming controller input delay on his iBuyPower computer when recording video or streaming.

Today we look at the upcoming Phison E16 controller on the PCIe 3.0 bus and dive into the architecture details.

We have full details and some early benchmarks on Phison's new SSD controller line-up that was featured at FMS 2017.

The most customizable controller for PC and Xbox One.

A bootable Intel 750 NVMe array? Not only is it possible, but it's also actually quite simple; let's take a close look.

RAID is back! What happens when we create a bootable OS disk using the most powerful consumer SSDs ever made? Let's take a close look.

Is $149 just the right price or too much for Microsoft's Xbox One Elite wireless gaming controller? Well, come on and over and see what we think.

Are you looking to add custom LED lighting to your PC build? Our testing is complete and so far we've found nothing better than NZXT's HUE+.

NEWS
Hands-on with a Wildcat, Razer's new Xbox One and PC controller

Razer has a very good competitor with the Wildcat Xbox One controller, but it might be overshadowed by the Xbox One Elite controller.

NEWS
Nintendo NX controller to include virtual buttons on touchscreen

Nintendo NX controller to have physical sticks and touchscreen buttons, according to US patent.

Transcend's SSD370S SSD is another in a long line of SM2246EN controlled drives. Does this 512GB SSD have anything that will make it stand out?

ADATA's SP550 gives us our first look at Hynix 16nm TLC toggle flash. Powered by SMI's 2256 and an SLC cache layer, does this new SSD deliver the goods?

Lithography is shrinking and Plextor's M6V is our first look at Toshiba's potent new 15nm MLC flash. How will it perform against larger capacity drives?

Realtek wants to get back some market share and unleashes the Dragon - complete with new logo and designed for online gaming.

Chad tells us all about Thermaltake's new Commander FT touchscreen fan controller. He ends up being quite happy with what it offers.

SYBER, a CyberPowerPC division, has just opened pre-orders for its Steambox range starting at $499.

ASTRO Gaming releases new A40 headset with MixAmp M80 for Xbox One gamers - plug directly into your controller and game away.

NEWS
First look of the new Xbox One controller, will launch next month

A first look at the new Xbox One controller.

Fractal build on their signature Define series with their latest realese. Keep it elegant, keep it cool.

Marvell wraps NVMe and support for 3D and TLC NAND into one awesome SSD controller burrito..did I mention it doesn't use DRAM?

Iri Trashanski from Marvell speaks about their latest products.

Phison enters the high performance ring with a quad-core SSD controller capable of 100K IOPS. Chris shows us a prototype version with some benchmark tests.

LSI's long-awaited 12Gb/s RAID controllers have finally arrived. Today Paul takes the 9361-8i out for a spin with the fastest 12Gb/s SSDs available.

Who wouldn't want a Bluetooth mini controller to use with iOS, Windows or Android devices? Let's check out the SteelSeries FREE.

Silicon Motion is looking to take a large portion of LSI SandForce and Marvell's market share with a new 4-channel SSD controller. Let's take a look. 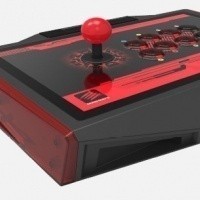