We found 348 items for the tag: COMPUTER

Ask the Experts: Jose wants to build a PC based on Intel's Core i5 3570K and is wondering if it's usable for the next few years.

ASK THE EXPERTS
Should I buy upgrade my GTX 1060 GPU only or the rest of the system?

Ask the Experts: Terry from Malaysia is curious to know if he should upgrade his GPU or his entire system based on an Intel 6600K.

ASK THE EXPERTS
Which CPU and motherboard should I pick for best future upgradability?

Ask the Experts: Sebastien wants to know which CPU and motherboard he should pick for best future upgradability over three years.

ASK THE EXPERTS
What gaming PC specs should I consider for a Sim Racing build?

Ask the Experts: Fernando is building a new gaming PC for Sim Racing (iRacing and RFactor) and wants to know what parts to buy.

ASK THE EXPERTS
Should I upgrade my PC to an AMD Ryzen 3 CPU or wait for Ryzen 4?

Ask the Experts: Luis has some questions about upgrading his aging PC, namely if he should upgrade now to Ryzen 3 or wait longer.

ASK THE EXPERTS
What's the CyberPower GXiVR8060A8 system like as a gaming PC?

Ask the Experts: Miles wants our thoughts on CyberPower's GXiVR8060A8 gaming PC and if it will offer decent graphics with no lag.

ASK THE EXPERTS
Is my Core i5 9400F PC good enough for gaming and editing videos?

Ask the Experts: Vigneesh from India wants to know if his Core i5 9400F-based system is good enough for gaming and editing videos.

ASK THE EXPERTS
Should I keep my current gaming PC and upgrade or buy something else?

Ask the Experts: Angel wants to know if she should keep her current gaming PC or buy something else listed locally second hand.

ASK THE EXPERTS
What system should I build for Microsoft Flight Simulator 2020?

Ask the Experts: Jim wants to know what kind of system he should build for Microsoft's upcoming Flight Sim 2020.

Ask the Experts: Faisal from Saudi Arabia is after recommendations for parts for a new gaming / photo editing computer system build.

ASK THE EXPERTS
What's the proper way of installing an I/O shield?

Ask the Experts: Burt is new to computers and has a question about installing I/O shields.

Ask the Experts: Devank from India is after our opinion on a budget build he is planning for lightning and rendering work.

MSI's AEGIS is a portable barebones gaming desktop PC with impressive looks and solid cooling technology. Let's take a closer look at it.

REVIEWS
ECS LIVA ONE Review - A SFF PC with Muscle

Looking for a SFF PC as a desktop replacement in places where space is of concern? You might want to check out the ECS LIVA ONE.

NEWS
What's the weirdest thing you've found inside a PC?

Have you ever through about exactly what's living inside your PC? How about a dead frog?

Not many are brave enough to take on the Lian Li DK-02 desk chassis. GGF LAN had a go and ended up with this monster.

Intel has helped spawn a resurgence in the laptop market by fueling development of models for roughly $200.

The PC market is recovering and the US market could see positive growth as the industry prepares for Microsoft Windows 10.

We have our first Lenovo gaming machine in the lab in the form of the Erazer X315. Just how well will this budget system perform? Read on to find out.

Dell has unveiled some new notebook computers and AIOs that are aimed at the back to school crowd with some featuring touch and HD display.

Satechi F1 Smart monitor Stand expands your connectivity options and raises the screen of your desktop or notebook for comfort.

Trace takes a look at HP's newest all-in-one workstation: the Z1, a machine that packs enterprise reliability into an attractive package.

Intel's new NUC is a killer device, delivering desktop-class performance in something that fits in your hand. Let's take a close look now.

We have Digital Storm's ODE system in our labs, customized with Intel's new Haswell processor. Let's dive in and take a close look at this gaming PC. 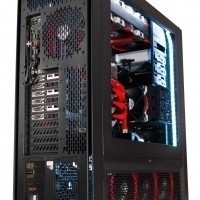 Digital Storm announce their Hailstorm II, is an absolute beast of a PC.

We take a look at Digital Storm's Bolt PC, a capable gaming system just slightly larger than an Xbox.

ASK THE EXPERTS
I'm looking to upgrade my system, can you offer some suggestions?

I want to upgrade my Core i7-950 system, and would like some suggestions.

ASK THE EXPERTS
My HP desktop is having issues, is there something you can do to help?

My HP desktop is having issues, I've taken it to a computer technician where it worked fine, any ide. 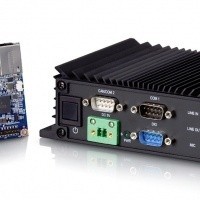 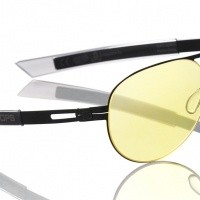 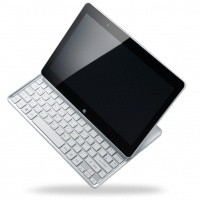