Researchers from Concordia University have reviewed the literature on climate change adaptations, which show inconclusive results.

ExxonMobil has pledged to reduce its Scope 1 and Scope 2 emissions to net-zero by 2050, but hasn't included Scope 3 emissions.

A new paper shows how conferences moving online can significantly reduce their carbon footprint and help to combat climate change.

SpaceX and Tesla CEO Elon Musk has revealed his plans on developing technology capable of converting CO2 into usable fuel.

A new study has estimated that League of Legends' carbon footprint is equivalent to 308.3 million gallons of diesel. 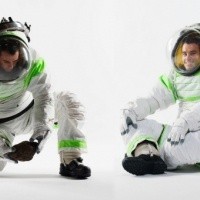 NEWS
NASA looks to infinity, and beyond with their next-generation spacesuits

NASA will offer a new spacesuit in 2015, the Z-1 NASA spacesuit.