We found 11 items for the tag: CIVILIZATION

NEWS
Elon Musk makes big 2030 prediction, says what keeps him up at night

Elon Musk has appeared at the ONS Foundation Conference in Norway to discuss his thoughts on fossil fuels and other relevant topics.

Researchers flying over the Amazon jungle in a helicopter have found the remains of ancient Casarabe settlements with LIDAR.

Tesla and SpaceX CEO Elon Musk recently said what he believes to be the biggest threat to civilization that'll cause a collapse.

A team of researchers are honing in on two newly discovered galaxies that could be home to hyper-intelligent alien life.

A study has found that a cluster of comet shards smashed into Earth 13,000 years ago and may have changed human civilization.

Sid Meier's Civilization VI is heading to the PS4 and Xbox one this November.

Firaxis Games has released a new video showcasing Georgia, the new playable Civilization in the expansion Rise and Fall. 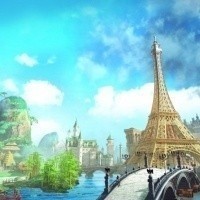 The grand daddy of all turn based games returns. Is it a youthful return, or getting a bit stale?