We found 10 items for the tag: CHINESE GOVERNMENT

NEWS
China could invade Taiwan with its own 'special military operation'

Chinese President Xi Jinping signs a new directive for 'non-war' uses of the military, paving the way for taking Taiwan by force.

China cracks down stronger on children using the internet, with ByteDance limiting youths to 40 minutes per day of using TikTok.

NEWS
Apple working with Chinese government to censor, spy on its citizens

Apple has 'ceded control' of its Guiyang-based data centers to the Chinese government, and we're totally, totally not surpised.

The Chinese government has announced its tackling game addiction with a new set of hardcore rules.

Valve goes over the great wall with 'Steam China', a new 'independent' storefront for Chinese gamers.

Tencent gets whipped by Chinese government, replaces PUBG with 'Game for Peace' 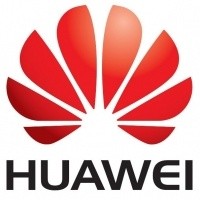 NEWS
Chinese government, along with Huawei and ZTE are being investigated, could pose a national security threat

US House of Representatives' Intelligence Committee is looking into Chinese government, Huawei and Z.