We found 11 items for the tag: CHICAGO

Bed bugs are rampant in the United States, and now we know which city in the US has the worst infestation out of them all.

There's a city in the US that has been issued a stay-at-home advisory order in an attempt to curb growing coronavirus cases.

Police are using an controversial artificial intelligence that could be in breach of everyone's privacy.

Google sets its sights on a big change for fiber, announcing Chicago and Los Angeles as major targets.

That's no moon... that's a Museum of Narrative Art.

Chicago has the best overall mobile service in the United States, according to RootMetrics.

Chicago will place sensor suites on some light poles to let it gather information on how the city is doing in different areas.

Comcast will be using a separate Wi-Fi signal via its owned home wireless equipments to ensure privacy and speed of its customers are not affected. 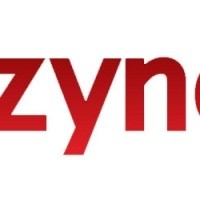 Zynga lays off staff from its Boston and Austin offices during Apple's event.