We found 53 items for the tag: CARD

NEWS
Another free-to-play FPS is coming, but this one is a little different

Hi-Rez Studios is releasing PALADINS, a team-based FPS with cards, mounts and a ton of unique features to ensure a different gaming experience.

PRESS RELEASE
Speed Up with ASRock's Front USB 3.1 Panel and U.2 Kit

NEWS
Interested in USB 3.1? So is ASUS, check out what they have on offer

ASUS sets out to dominate the USB 3.1 Type-C and Type-A markets with this massive range of extensions and accessories.

PRESS RELEASE
Transcend to Showcase Its Storage Solutions at CAMEX 2015

NEWS
Packing light when you're out? Check out this card-sized charger

Justin Portable Power Products have released their credit card sized 2,000 mAh power solution and it's perfect for a date night.

iPod classics have been seen for sale for up to $1,000 just two months after their removal from official Apple stores.

Find out what happens when a fan finds an ultra-rare card from 1993. 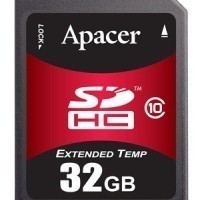