We found 12 items for the tag: CAMERAS

Almost all of Sony's camera lenses are now discounted for Amazon's early Black Friday sales, with deals saving you up to 22% off.

NEWS
Amazon's early Black Friday deals on Canon are insane, up to 25% off

Amazon has started the Black Friday sales madness early with sales on Cannon products. Select items discounted by up to 25%.

The USA holds 1st place for the highest number of CCTV cameras per person in the world.

Razer transports gamers to a dimension of 16.8 million colors with its new Project Ariana projection system.

We take our first look at the Komfy DKZ-201S Switch and Camera, a new line of connected home and office solutions from D-Link.

The Seattle Police Department will continue its plan to roll out wearable video cameras for police officers. 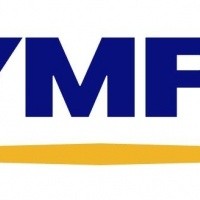 Olympus cut forecasts by 25%, having issues in the SLR market.