We found 5 items for the tag: BUNGIE DESTINY

NEWS
Destiny gets updated with a 2.44GB patch, preparing for its first DLC

Bungie updates Destiny with a massive new 2.44GB patch, preparing the game for its first DLC on December 9.

A man has seven brain surgeries in a year, so Bungie gives him a one-of-a-kind gun in Destiny.

Bungie's upcoming Destiny has a special edition on the Xbox One that sells for a huge $1000+ on eBay.

Even with $500 million pumped into it, Destiny will be locked at 30FPS on all consoles to provide 'the same experience' 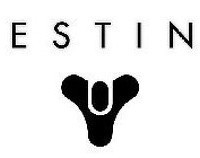 NEWS
Bungie's next game is an MMO style sci-fi FPS 'Destiny', arrives next year on the Xbox 360 and next-gen Xbox 720

Bungie's next game comes out on both Xbox 360 and next-generation Xbox, 'Destiny' arrives next year.