We found 8 items for the tag: BRUCE WILLIS

Take home the new release blockbuster on us!

Samuel L. Jackson is rumored to reprise his role as Zeus Carver in Die Hard 6.

NEWS
Sin City: A Dame to Kill for official trailer rocks the web

The first trailer for Sin City: A Dame to Kill for hit the web this weekend; critics weigh in.

"This time travel crap... just fries your brain like an egg." 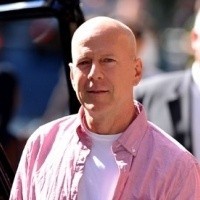 NEWS
Bruce Willis vs. Apple, actor to fight the company over his right to leave his iTunes library in his will

Bruce Willis wants to leave his iTunes library in his will, yippee ki-yay, Apple.

First teaser trailer of G.I. Joe: Retaliation is out, tonnes of explosions and action is shown off.