We found 10 items for the tag: BRAIN

Fast-food diets have been directly linked to human memory and brain impairment.

This 3D map of 25,000 brain neurons marks a major milestone in understanding how neurons work.

Researchers have developed an AI that can pinpoint brain hemorrhages to a pixel-level amount of accuracy.

NEWS
The brain can store 1 petabyte of memories, or 13 years of HD video

Researchers have actually found out how large a capacity the average brain's memory is, and at one petabyte it's fairly large. No excuses for forgetting.

The classic 80's TV series gets a new CG lick of paint... but where's the original theme song?

Bitdefender's new Total Security Multi-Device can be used on Windows, Mac and Android, with "artificial intelligence technolgies" to protect you.

The BCI market is still in its infancy, but is growing at a rapid pace. 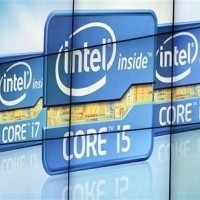 NEWS
Intel building Skynet, are launching research into technology that mimics the human brain and "learns" about its user

Intel researching into technology that would mimic your brain, it would learn about you.