We found 4 items for the tag: BOXING

The boxing superfight between Floyd Mayweather and Manny Pacquiao proved popular among Periscope and Meerkat users.

HBO and Showtime go to court to stop few sites from offering free streams of boxing superfight between Floyd Mayweather and Manny Pacquiao. 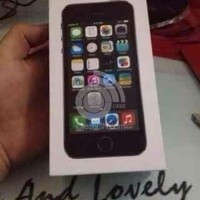 Apple's boxing for the new iPhone 5S leaks to the public, shows off a new home button that has not been seen before.

EA Sports try to improve on the already winning formula that is the Fight Night series. Is it a knockout?