We found 17 items for the tag: BOND

James Bond series producer Barbara Broccoli: 'he can be of any color, but he is male'

Microsoft announces Forza Horizon 4 has gone gold, demo is available on Xbox One and Windows 10.

James Bond studio really wants their man, and will pay through the nose.

Somewhere, Michael Bay is weeping into an edit bay.

In a refreshingly candid and honest assessment, the actor reveals the only reason he'd return.

Action overload as Bond goes after a mysterious foe.

What if Pierce Brosnan never gave up the role and continued to this day?

NEWS
This robot will replicate your handwriting using fountain pen

Meet Bond. This robot will replicate your handwriting almost perfectly into as many different letters as you wish.

Wanted to rock the James Bond watch as depicted in the classic Nintendo 64 'GoldenEye' game? Now you can.

"I can do more damage on my laptop, sitting in my pajamas, before my first cup of Earl Grey than you can do a year in the field." 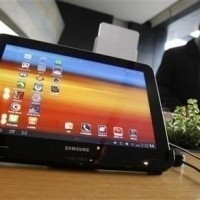 Apple throws up $2.6 million as a bond for the GALAXY Tab 10.1 injunction.