We found 4 items for the tag: BLU PRODUCTS

Blu Products has unveiled another new smartphone and this time the device has powerful hardware inside to bring more performance to the brand.

Blu Products unveils the Studio 5.0 LTE, the first smartphone it has offered with support for LTE networks.

Blu Products has announced the launch of a new smartphone that has decent features and sells for a modest price that just about anyone can afford. 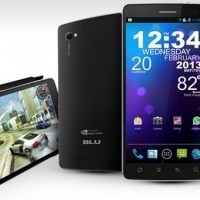 NEWS
BLU Products show off their Quattro line of smartphones powered by Tegra 3 and comes in 4.5- and 5.7-inch models