We found 23 items for the tag: BIG BANG

An international research team has found the most distant object in the universe; the HD1 galaxy, ~13.5 billion light-years away.

NEWS
Here's the most distant object astronomers have detected in space

Have you ever wondered what the most distant object astronomers have ever detected in space? Researchers believe they've found it.

Researchers measured 'the entire amount of starlight ever emitted' and were able to quantify how many photons there are.

NEWS
Our universe is 'doomed to perish' in 'heat death', says top scientist

A cosmologist has explained why the universe is 'doomed to perish' in a 'heat death' where everything will become dark and empty.

NEWS
Here's how many atoms are in the observable universe

Have you ever wondered how many atoms are in the observable universe? The math has been done, and here is the closest answer.

Researchers have discovered the most ancient spiral galaxy in the Universe, which helps answers a common question in astronomy.

NEWS
Biggest explosion in the Universe since the Big Bang detected

An explosion that created a crater the size of 15 Milky Way's has been found by astronomers. 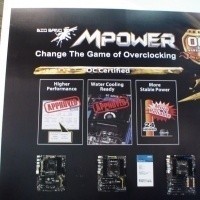 Goes with a black PCB with something that reminds me a lot of The Transformers.

We get around to testing the Big Bang XPower II motherboard from MSI and see if it's something you'll want for your next system.

MSI has been talking about Military Grade parts for their products, so how does the Big Bang Marshal really rank?

Early look at an upcoming Big Bang AM3+ mobo.

We see if the MSI Big Bang X58 XPower is the start of a new MSI universe, or if it will end up being a black hole that MSI cannot get out of.

Pity there's no NF200 or Lucid chip, though.

Will block it at the driver level.