We found 8 items for the tag: BEIJING

China has expressed strong concern over SpaceX Starlink satellites endangering the safety of the astronauts on its space station.

NEWS
Chinese equivalent of TSMC in Wuhan, HSMC, is a mess and here's why

Wuhan was the epicenter of COVID-19, but construction on a new fab plant was meant to start -- $20 billion plant is now on hold.

China's top diplomat has said that tensions between the United States and China are pushing toward a new Cold War.

Citizens of Beijing can't see the sunrise because of smog, so they now view it on gigantic digital TVs in public instead. 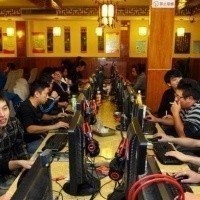 We just got back from Beijing, China where we attended MSI's Master Overclocking Arena 2009 grand final. Much LN2 was used on innocent mobos and CPU's.

We are in Beijing, China for the MSI MOA grand finals. We made time to stop by the massive Beijing computer market and managed to cause some trouble.