We found 5 items for the tag: BD 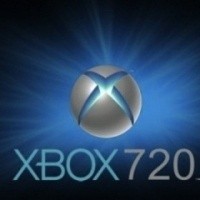 RumorTT: Grains of salt found in this news - leaked Xbox Next/720 specs from former Ubisoft employee.

ASUS show us how Blu-ray HD audio bitstreaming is done with TrueHD and DTS-HD MA on a Home Theater PC - finally!

ARTICLES
Hands On With BD Live

Blu-ray technology finally comes of age. Ben takes a first look at what it can do.