We found 10 items for the tag: BANK OF AMERICA

NEWS
Bank of America says Bitcoin, other cryptocurrency 'too big to ignore'

Bank of America glances at Bitcoin and other crypto, says that they are now 'too big to ignore' with new rules on the way.

EA should turn Battlefront II's monetization and rake in serious cash, says analyst, but sales targets have been reduced. 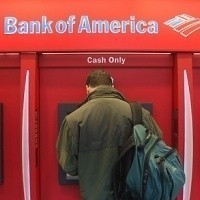 Bank of America spying on consumers? Anonymous' latest data is trying to prove that.