We found 17 items for the tag: AUTODESK

Graphics chip maker NVIDIA announced it will be 'Illuminating the Future of Graphics' at the upcoming SIGGRAPH 2022 conference.

NVIDIA's new GeForce 441.66 drivers are Game Ready for MechWarrior 5 and Detroit: Become Human on the PC.

Will the Nintendo Switch become the next Wii U? Let's take a look at the third-party partners and specs and make some predictions.

NEWS
EA only bringing a 'game or two' to Nintendo Switch

EA remains uncertain if the Nintendo Switch will take off, and only plans to bring 'a game or two' to the platform. Will other publishers follow suit?

Nintendo's new NX is called Switch, and is a transforming tablet handheld.

ARTICLES
AMD Positioning Itself to Become a Commanding Force in Rendering

Rendering is big business, and AMD is making it easier and cheaper for everyone involved. Here's some of what we learnt at Siggraph.

NEWS
We talk to Mozilla about the future of WebGL, gaming in your browser

Mozilla talks to us about the future of gaming in the browser and the underlying open technologies they've developed.

Autodesk enters the game engine world with Stingray, compatible with the Oculus Rift.

The whole world is excited about HoloLens, but the first version will be for 'developers and enterprise scenarios' according to Microsoft. 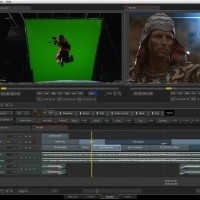 Autodesk unveils their latest Smoke 2013 for Mac, arrives later in the fall.