We found 22 items for the tag: AUDIOPHILE

NEWS
Huge deals on Shure headphones for Black Friday, up to 29% off!

Shure's iconic sound isolating in-ear headphones are up for grabs on Amazon for some wicked Black Friday deals, check them out!

Two famous company that have little to do with each other team up to produce a pair of Bluetooth wireless headphones. How do JBL and Under Armour do?

Shure's top of the line closed-back headphone, the SRH1540 Over-Ear, is as stunning to listen to as they are to look at.

Stepping into the gaming audio scene, will Audio-Technica's pricey ATH-AG1X headset blow away the rest? Take a look at our review.

We take a look back at the best performing TweakTown reviewed products of 2015 across all audio platforms.

Read on to see why it may be worth spending the extra money to upgrade to the Feenix Aria audiophile gaming headset.

Want to step up from general computer speakers into the audiophile realm? Sound Blaster thinks the E-MU XM7 speakers should be the top of your list.

Creative's Sound Blaster X7 DAC proves every connection you could hope for. Is it worth the investment for those ready to ascend into the audiophile realm?

With in-ear headsets being reviewed in abundance here at TweakTown, can the Shure SE112m+ provide something better than the rest?

NEWS
Modular sound around the house made possible with Kien

Kien is a 5.1 speaker system where the speakers can be used individually or as one, currently sitting at 195% of its funding goal with 25 days left.

With the Cloud II now just released in the market, we've been given a Cloud I to test, review and compare - is the newer model worth the extra $30? 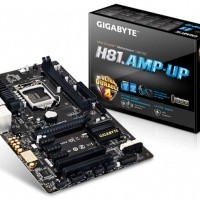 James is back in business and this time he looks at a special Xonar offering from ASUS, essentially a headphone pre-amp for discerning audiophiles.

first ever to achieve 124dB SNR with built-in amp.