We found 9 items for the tag: ASTEROIDS

Astronomers have found a mysterious object in space that is flying towards Earth, and they don't know what it is exactly.

Astronomers have found a comet that has its own aurora. This comet is called 67P/C-G, and we've never found anything like it.

Humans are polluting and destroying Earth in the mining industry, but what if that could all be solved by mining in space?

Scientists have found that around 800 million years ago, both the Earth and the Moon experienced a bombardment from space.

NEWS
Jupiter is meant to shield Earth from asteroids, not sling them at us

Jupiter might not be Earth's shield against asteroids, it could instead be a massive slingshot.

NEWS
What happened to Asteroids: Outpost? Core gameplay is being revisited

We spoke to Atari about what's going on with Asteroids: Outpost. It turns out that they're revisiting some core gameplay elements based on user feedback. 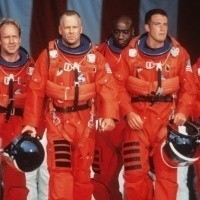 New free iPhone 4 application turns your bedroom, wherever you are, into Asteroids.