We found 6 items for the tag: AMAZON GAME STUDIOS

Amazon has confirmed that their upcoming Lord of the Rings MMO game is separate from their TV show.

Amazon is hiring some of the best gaming talent in the world to build its first PC game. 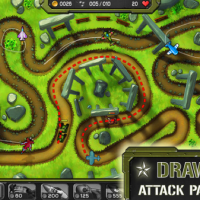 Amazon jumps into mobile gaming with the release of Air Patriots, designed by Amazon Game Studios.