We found 11 items for the tag: ADIDAS

NEWS
McDonald's has added NFT to its menu, but there's a catch

The famous fast-food company McDonald's has reportedly added Non-Fungible Token's (NFTs) to its menu, but there is a catch.

NEWS
Adidas makes $23 million on first NFTs: 'This is just the beginning'

Adidas' first Originals NFT line sells out extremely quickly, company has made over 5,900 ETH *($23 million) from the NFT drop.

NEWS
Adidas joins the Metaverse, teases 'a sign of what's to come'

In a move to capitalize on two trending topics simultaneously, Adidas has teased that it may enter the Metaverse with NFTs.

All Day I Dream About Star Wars.

PRESS RELEASE
Wearable Technology Market Growing at a CAGR of 15.5% and Expected to Reach $51.6 billion by 2022 - Exclusive Report by MarketsandMarkets

NEWS
Adidas AM4 series shoes are built by robots

The first pair of shoes built by robots is set to be released to the public in London on October 19.

Adidas partners with environmental group to design 3D-printed shoe made from ocean garbage. 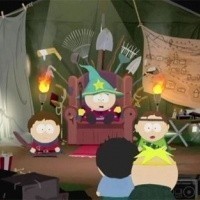 NEWS
THQ is in trouble financially, delays the release of three games including Metro: Last Light

THQ is in a spot of bother, financially crippled, they've now delayed three of their games until Mar.