We found 2 items for the tag: AARON

Mega64 unleash their Game of the Year 2014 pick alongside many useless-yet-hilarious categories. 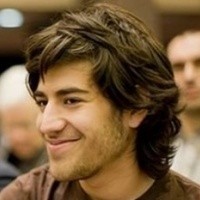