Their new portable systems may see a change in the way that people transport high-load and large-sized projects. 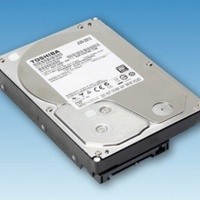 RAID 6 for less than 150USD and SATA 6G to boot shows that we could well be onto a really good thing here.

PC Perspective make the most out of their sample.

The next generation is really the now generation. In days from now Crucial will launch their C300 SSD with SATA 6G. We got ours today.

LSI is the first to hit the market with SAS 6G RAID controllers. Let's see how the new MegaRAID compares to an old favorite.

GIGABYTE and ASUS chose different paths for SATA 6Gbps on P55 motherboards. Today we put them to the test to see which is better implemented.