We found 7 items for the tag: 4K MONITOR

4K gaming is 'useless' and is only 'being pushed by tech vendors to push' next-gen PlayStation 5 and Xbox Scarlett.

NEWS
1440p monitors might be using 4K panels, as it's cheaper

4K panels rumored to be used in 1440p monitors, because they're cheaper to manufacture.

ViewSonic has a super-light 4K-capable monitor with its VX2880ml, designed for the professional market, but not so much for gamers. 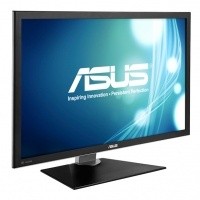