On a tight budget but would like to buy a portable SSD? ADATA has you covered with the SV620 480GB model.

Patriot jumps on the NVMe train with its new Hellfire M.2 PCIe SSD. Here's our full review of the 480GB model.

Looking for a super low-cost SSD? PNY's CS1311 is one of the best. Let's take a close look.

To date no SMI 2256 controlled SSD has been able to earn a TweakTown recommendation. Will SanDisk's SSD Plus or Z410 be the first?

Today Chris spends time telling us all about Kingston's HyperX 3K SSD in the 480GB capacity. Should this be your next SSD? Read on and find out.

Intel 530 SSDs never received much attention, but when you need a low cost, high capacity drive that's reliable, this one is worthy of your consideration.

Three down, one to go. Today we look at the final capacity size in the Crucial M500 product family, the 480GB model.

Corsair's lock on Link_A_Media Device's controller is holding. We've seen the 240GB capacity sizes of the Neutron and Neutron GTX, and now we get our turn with the massive 480GB drive. 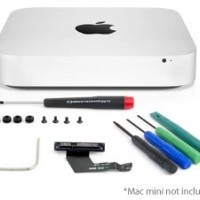 The largest Vertex 3 has seen its cost reduced to half of what it was on launch and is still a flagship offering even though Vertex 4 is quickly catching the aging drive in performance.

With a massive capacity and nearly unlimited performance, the RevoDrive 3 X2 will be a great addition to your workstation.