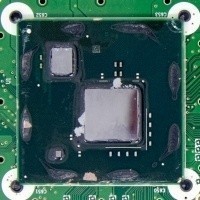 Nintendo's next-gen console, Wii U, gets the teardown treatment.

TMSC to post strong numbers for Q4 - looks at AMD and nods its head in thanks.

Phase 6 factory on the cards for 22nm.

Palit strap the "Sonic Edition" name to the NVIDIA GeForce GT 220 and we wonder how exactly that's going to work - can it impress us?

Says they will do DX11 Better.

GT300 Launch could be near.

On the USS Hornet.

OEM only for now.

Opening the door for GlobalFoundries.

Beefs up Mobile GT200 line up.

But will it matter to anyone?

Or so the rumor goes.

At least until GT300 arrives.

NEWS
TSMC to hire back laid off workers

Says the worst is over.

NEWS
RV870 could be delayed to Q4 or later

With a little help from Rivatuner.

NEWS
Is nVidia's 40nm having Problems?

Just not sure what the X is.

NEWS
NVIDIA expected to move to 40nm in April