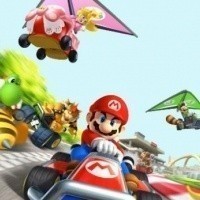 Nintendo reports first loss in 30 years as it reports its finances through March 31.

One of the greatest MGS games goes portable on the Nintendo 3DS. Check out our full review.

Super Mario goes 3D and shows us all how it's done.

Today we get some hands on time with one of 2011s biggest 3DS games.

A legend returns for a new generation.

The famous series returns in 3D along with some other surprises.

Pilotwings may be a good series, but how does it fare on the new 3DS?

We get our hands on the new 3DS handheld gaming console from Nintendo for a good going over. Make welcome the first glasses-free 3D gaming system folks!

3DS may not be for everyone.

Kinect for Xbox 360 shows huge promise, but it still has some stiff competition to deal with into the next generation of gaming. We touch base on Sony's new Move and Nintendo's big 3D gaming ticket; 3DS...