We found 48 items for the tag: 3D PRINTER

Researchers at Osaka University create Wagyu beef using a 3D printer -- who say that it has marbling 'just like the real thing'.

NEWS
This new system made by MIT can make drones, robots by itself

MIT's new system can build fully functional drones, robots, and other electronics all on its own -- introducing LaserFactory.

ELEGOO's new Saturn 3D printer could be the new 3D printer to buy for the money, at just $400 with a 4K screen.

If you are in the market for a turnkey solution to 3D printing, M3D may have a solution for you in the Micro. Let's take a close look.

Interest in 3D printing technology is increasing, thanks to rising satisfaction among users, according to the IDC research group.

Surely there is a better gift for your techie partner or friend than an iPhone? Here's some ideas for you.

MakerBot is attending CES 2015 to promote its company and services, not launch new products, as the 3D printing industry continues to mature.

Rohinni has teased the world with its 3D-printed light, developing something it is calling LightPaper, the world's thinnest LED lighting.

Surgeons hope 3D-printed hearts will give them a better strategy when operating on young children.

Steven takes us on a tour of XYZprinting's Da Vinci 1.0 3D printer. Its value impressed us for the features included - here's our full review of it.

Charles walks us through what our portable 3D printer toolkit should include. Read on and see what tools you may be missing to make your experience better.

Hobby 3D printing is often referred to as a novelty, but the desktop 3D printer can be practical and useful, too. Let's see what Charles does for a GoPro.

Just like PCs, 3D printers are subject to overheating, and precautions need to be taken to prevent this. Follow on as Charles tells us more about it.

ZEGO is a multifunctional Delta Robot that is capable of 3D Printing, Plotting, Wood Burning, Engraving and PCB Milling, and even Pick and Place.

The Ord Bot Hadron from Punchtec is a very versatile 3D printer that changed the way Charles think about printing with PLA and 1.75mm filament.

XYZprinting has just announced that it has expanded its line of 3D printers to feature a new dual head model, Wi-Fi connectivity, and more!

3D Printing would not be where it is today if it were not for Slic3r and its ability to cut 3D models into layers to print, and today, version 1.0 is here!

ARTICLES
3D Printing Tips and Tricks: Filament Quality and Why It Matters

In this installment, Charles tells us why using high-quality filament is one of the most important parameters in achieving good results.

3D printing requires more than a 3D printer and a PC. Follow along as Charles covers the typical tools needed to operate and maintain it.

Charles walks us through his method of making a batch of ABS Juice which promotes less warping and better print adhesion to the printing surface.

In his first installment, Charles shows you how to improve print quality by installing a fan ducted to the hot end.

First print of the new year

Adobe makes its first foray into the 3D printing world with a new 3D Printing feature for Photoshop.

XYZ Printing unveils its da Vinci 3D Printer at CES, will retail for $499!

BLOGS
You truly can 3D Print anything! Some of my latest prints

A couple of 3D Printers arrive for testing!

BLOGS
Happy Holidays! A look into 2014 and more!

NEWS
Lulzbot launches the next generation in 3D Printing, meet the TAZ 3.0

Lulzbot launches the next-generation of its TAZ 3D Printer.

NEWS
RoBox is a 3D Printer designed for the masses, and much more

RoBox is the latest 3D printer to hit Kickstarter, find out what makes it unique!

Lulzbot has just announced its new TAZ 2.0 3D Printer, a next-gen printer that can print without a PC and features one of the largest print volumes. 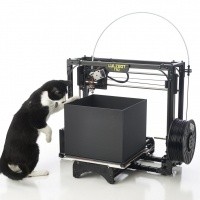 The Lulzbot TAZ has arrived, and spots the largest build volume of all hobbiest 3D printers under $5000. 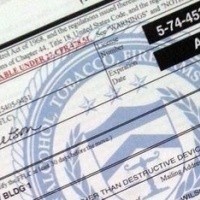 NEWS
3D-printed guns are on their way, Defense Distributed receives federal firearms license to manufacture them 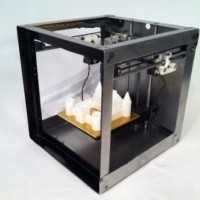 A new 3D printer has broken the $500 price barrier!