The Batman saga continues in the third entry which replaces the Burton's darkness with eye-popping neons and scenery-chewing villains.

Roadshow's new 4K release is a stunning visual and aural upgrade for the 1992 Batman sequel, with a nice collection of extras.

In honour of the film's 30th anniversary, Roadshow have assembled a wonderful set headlined by a stunning 4K remaster and hours of bonus features.

A new project seeks to release 'Star Wars' in quality unmatched by any official release. 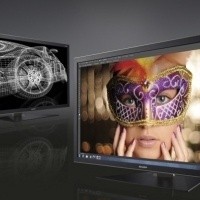