GIGABYTE lists its new AMD Radeon R9 300 and R7 300 Series, featuring factory overclocks over the board.

Call of Duty has hit the Chinese market in the form of a free-to-play game.

Microsoft digs deep for the youth - providing softweare and tablets for many.

NEWS
300: Rise of an Empire tops the weekend box office

The sequel to the cult film 300 beats Mr. Peabody & Sherman to the top of box office charts. 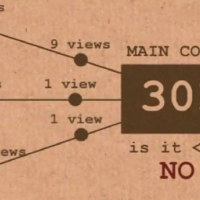 The mystery regarding the YouTube view counter stopping at 301 is solved. Finally!