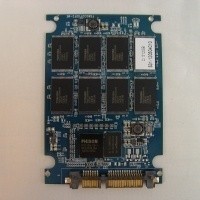 We've seen the 128GB drive already and we were impressed with its performance - the 256GB model is faster.

Plextor hits back against Team SandForce. Today Chris looks at the new high-end 128GB drive that is the talk of the internet.

We've seen prototype SandForce drives on display with 24nm Toggle Mode flash for nearly a year, but SanDisk is the first partner to launch such a product.