If you want to squeeze the most value out of your portable storage solution, the SC660 from ADATA could well be a viable option.

To date no SMI 2256 controlled SSD has been able to earn a TweakTown recommendation. Will SanDisk's SSD Plus or Z410 be the first?

PNY's Optima SSD offers a super low-cost SSD solution that makes it easy for anyone to live life in the fast lane. Here's our look at its RAID performance.

We've seen the large 960GB M500 and the smaller 120GB drives. Today we look at the sweet spot for enthusiasts and power users, the 256GB class model. Sold with 240GB of user capacity, does the mid size... 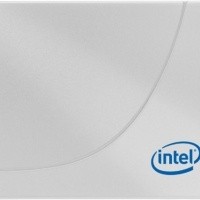 We've seen prototype SandForce drives on display with 24nm Toggle Mode flash for nearly a year, but SanDisk is the first partner to launch such a product.

It's not just another Team SandForce drive, it is Intel optimized and tested!

We've seen the 120GB model of this drive, but the 240GB model offers more than just a capacity increase.

OCZ SSDs on special at Newegg, 15-percent off.

ADATA is now shipping their SandForce SF-2281 based drives. The new S511s are faster than the S501s and bring SATA III performance up to 550MB/s.

Another mainstream SandForce SF-2281 powered drive passes through the TT labs for testing. Today Chris takes a look at the new Electra series drives from Other World Computing.

Things are looking really good for OWC and their Mercury Extreme Pro 6G. Chris tests the new 240GB model today, but does it perform as well as the 120GB?

OCZ doubles down with four SandForce controllers and 240GB of flash memory all wrapped up in a convenient PCIe card that rocked our test bench.

As prices continue to drop on SandForce drives, more enthusiasts are starting to look at higher capacity models. Today Chris takes a look at a large OCZ Agility 2.

My Digital Discount gets SandForce 120GB under 300 USD. Today we test the 240GB drive and give you the details on how to get ridiculous deals on SandForce drives.